I have been itching to remodel and decorate as of late (which is not really new news, so I should say mymotivation has shown back up as of late). We moved (from our beloved 900-square foot fixer-upper whose renovations were the whole reason I started this blog almost four years ago) out of state to a much larger home. A larger RENTAL home. We are only planning on living away from home for a few years and debated buying a house here, but decided to rent for now and see what unfolds. I love having a spacious house (for the first time in our marriage) but this house was built a little over ten years ago and is just begging for updates. Major updates are needed, not just small cosmetic ones. So I am trying to work with the builders-grade kitchen and baths since renovations are out of the question. We have permission to paint, so paint we did (well, my mom painted for us since she is an expert and I was pregnant at the time with neither the energy or will to do so) and added elements (on the cheaper scale) to the house that still make it homey and "us" without major changes. I would just LOVE the chance to totally re-do the whole house and put in new moulding, a new kitchen, and new baths (not to mention totally overhaul the exterior), but I'll save my energy (and Ryan's) for our next homeOWNER adventure.

We added the bookcases (love Ikea) on either side of the fireplace to make it more of the centerpiece of the living room. My mom suggested the paint colors and I just love it. The blue/green was the color I was most afraid of (I am so not a blue walls person) but oddly it has become my favorite color we have done so far. I'd love to wallpaper the back of the bookcases. 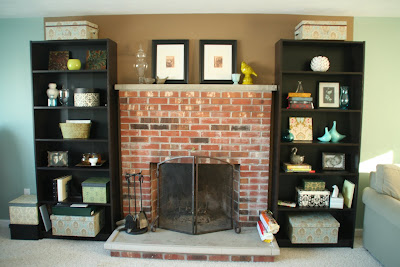 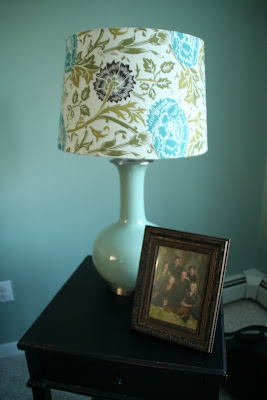 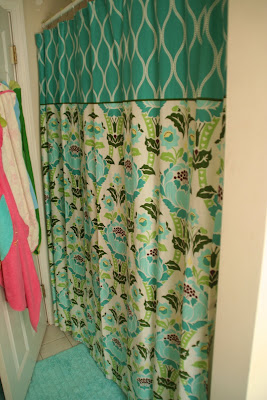 Brynlee's big girl bed! Want to know how fun it is to make a bed that's shoved against the wall? 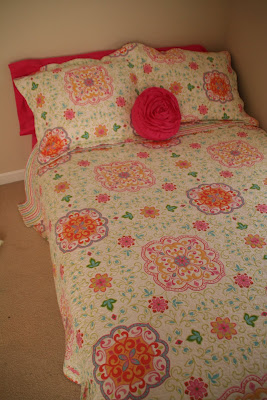 I made this pin/clip holder to show off some of Brynlee's pretty pins and clippies! 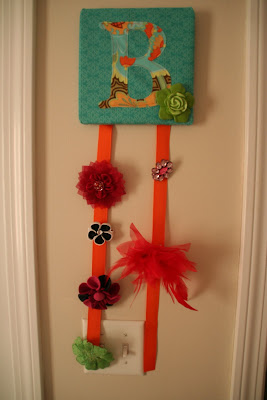 Mac's room, which is still a major work in progress. Props to my mom for the paint job! 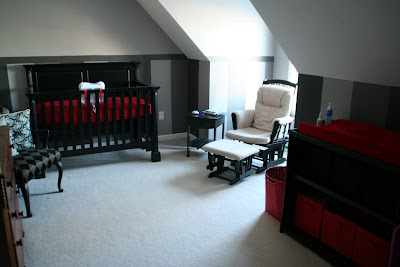 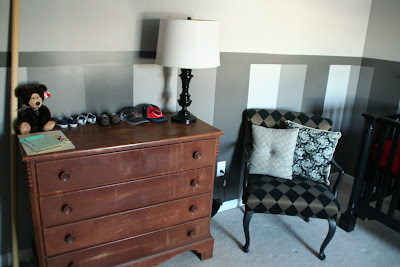 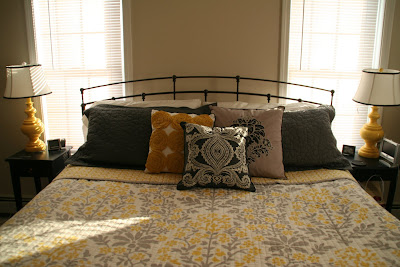 My little photo crasher, who is my FAVORITE new project since the move! 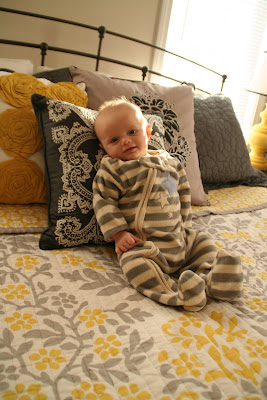 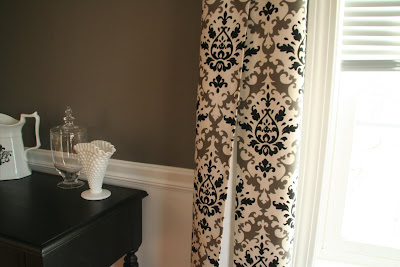 We added this island to the long, narrow kitchen to make good use of a rather odd space. 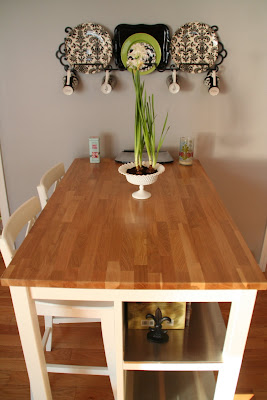 The dining room, a.k.a. my sewing/craft room. How embarrassing! 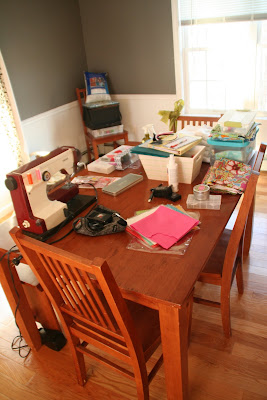 Gotta throw in some of the kiddos for good measure. 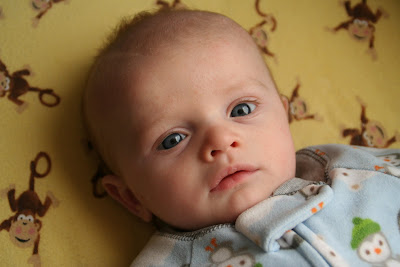 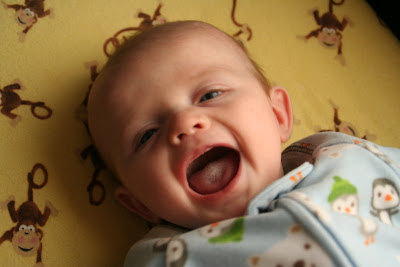 Poor sicky girl. She currently has pinkeye and a double ear infection. Our adventures last weekend included three doctor's office visits, two trips to the ER, and an ambulance ride. Who knew a 12 week old with RSV could cause so much excitement! Poor Mac. He's much better now, though, and Brynlee is hopefully on the mend. 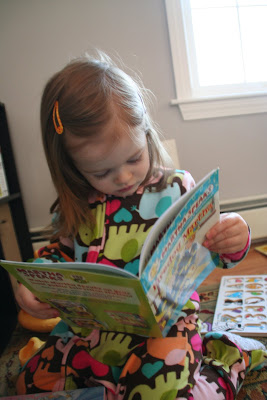 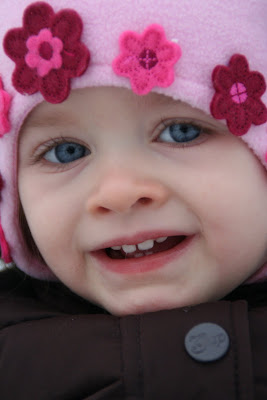