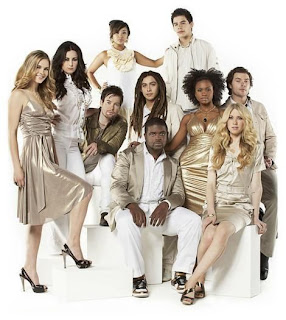 Kerry and I had our annual American Idol outing last night! I have to say, we were definitely not as lucky as we were last year, meeting THE American Idol and such, but it was still fun. I was a little disappointed with the show... it was actually a little boring, at the beginning at least. They had each of the top ten, starting with #10 and counting down, perform individually, and they performed three songs each! It was just a little much. We didn't get to meet anyone, even though we staked out the tour buses like an hour beforehand, and we got yelled at by security because we stopped walking for seriously a SECOND to wait to cross the street! I guess he thought we were up to no good and were going to go and kidnap David Archuleta or something. I had a hard time through the whole show, too, knowing that this was going to be the last big thing Kerry and I would get to do before she moves ON FRIDAY. Yes, my best friend is moving away. To North Carolina. Less than two weeks after one of my other closest friends moves thousands of miles away. BLAH!!!! Oh and I was SO upset because my camera batteries died right before the two Davids came on... so no pics of them! We were so close, too... we had pretty decent seats on the floor. Despite everything, it really was an amazing show. David Cook was INCREDIBLE, and the end was actually pretty awesome. 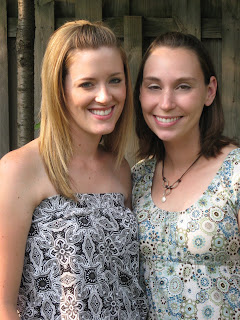 Lukie wanted to go too!!! 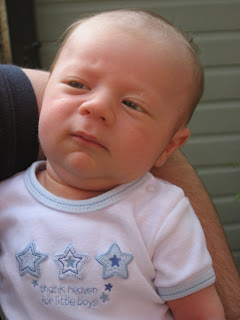 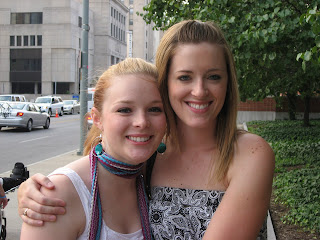 my stalker pic of Michael Johns... he wouldn't come over and say hi!!! this pic was zoomed like 16x too! 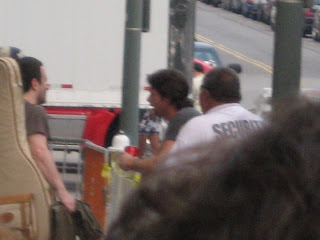 We definitely weren't as lucky as Lara, but hey. At least we got a good parking spot! haha.

I'll leave you with a pic of me and my love from Saturday night... we went to a wedding with my fam. Crazy weekend! I need a weekend to recover from my weekend. 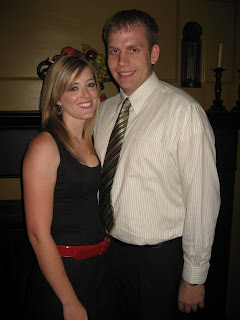