I know it's kind of late, but I wanted to join in before today was over. The girls at Pinks & Blues host this every week, and I've been dying to play along! So here is my attempt... not too far back, I'll have to get scanning on those older pics! :) 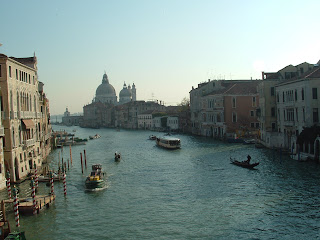 Venice, Italy, late November, 2004. Ryan and I had gotten married a mere 5 or 6 weeks prior, and were already taking a "second" honeymoon. As some of you may remember, he was working in admissions at RWC and the fall schedule had him traveling for 3 weeks straight right after the wedding, so we were only able to do a few short days in the Poconos right after the wedding. Let's just say... this trip made up for it! :) 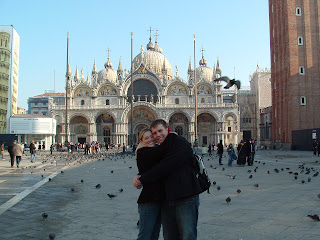 Basilica di San Marco... see all those pigeons? yeeahh... remember the scene from the movie "Just Married" when Ashton Kutcher was flailing around the piazza with the pigeons swarming around him? It was no exaggeration, they really were like that!!! 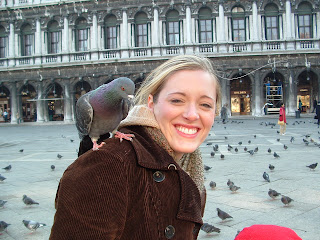 See?! hehe!!! It was so cold, do you see how my mouth is so stiff? It was frozen. The only good thing about the cold was that is was the off-season, tourism wise, so it wasn't so busy. Plus we heard that it smells really bad in the heat with all of the water and people around. 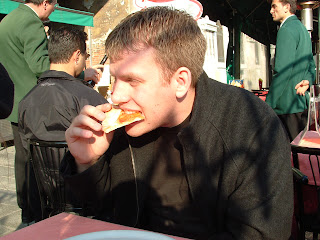 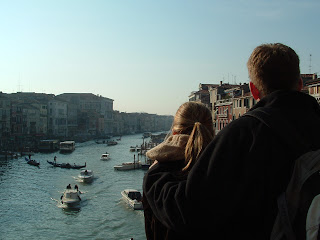 Hope to join in on TT again! :)
Posted by Ashley